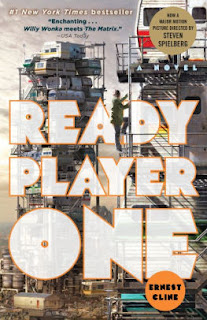 This book was way better than I expected.

I saw the trailer for the recently-released movie based on this book and thought it looked like a lame concept: the guy who was best at video games could rule the world? Please! That sounded like a gamer fantasy on steroids. Oh, yeah sure, LOSER. Your lonely joystick-gripping "skills" could really pay off in the apocalyptic future. A story only for geeks, I thought.

And, to be honest, the story is one giant gamer fantasy, but it is so cleverly written that I loved it anyways.

It's definitely worth reading.

Oh, and listening to it on audiobook, read by Will Wheaton, was even better. Maybe I'm a bit of a geek after all... 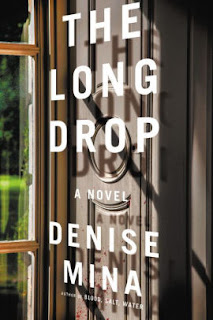 This was based on a true story about "Scotland's first serial killer." I didn't realize that at first; if I had I might not have chosen to read it. It was pretty grim.

The author does a good job of humanizing and filling out the characters so the reader can understand them and their motivations. This made the story interesting to read, but in the end it was still rather a terrible story. True crime is not my favorite genre because real serial killers are not the Evil Geniuses of fiction, or even the Poor Tortured Souls they imagine themselves to be. They are just rotten grubby criminals, and boring in their own way.

Still, I'll give this book a passable thumbs-up for holding my attention.

I also read by this author: Blood Salt Water 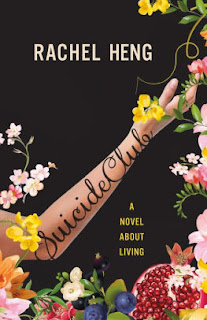 This was a strange book about a futuristic society where people can live practically forever... if they have enough money. So those who can't afford expensive life-extending treatments are called "sub-100's," because the poor slobs can't live past 100.

In the opening chapter, Lea, the main character, is a "Lifer" celebrating her hundredth birthday while still looking a perfectly preserved twenty-five. But as the story progresses, she starts to see the darker side of her society's worship of youth and health, and finds out about the existence of an underground "suicide club" that rebels against the norm.

As a social commentary, this was an interesting book, but the story was not quite right in some way. A review on barnesandnoble.com called this an "uneven"debut novel, and I think that's probably a decent assessment.

If I Could Turn Back Time 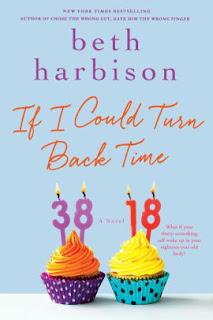 I don't think I have mentioned before that book titles often remind me of songs, and when they do, I have the song in question stuck in my head for almost the entire time I'm reading the book.

Perhaps you can guess the song this title brings to mind? Yes, I've spent the past couple of days setting my face into a jutting Cher-jaw and singing, "Uh-if Ah could TURN back Tii-Um!"

In this story, 38-year-old Ramie gets a chance to go back to being 18-year-old Ramie, to see if she would change any of her life choices. Or so it appears.

This is an idea that interests me greatly; I think one of my favorite movies is Back to the Future, because I love the part where George McFly changes everything with that one punch to Biff's face. It's a cool concept. I like time travel stories a lot... BUT...

There is one problem: the story does have to make sense within its own set of rules. For example, I can buy that Christopher Lloyd's character built a time machine out of a Delorian within the confines of that story, since he's a wacky inventor with access to plutonium, and he is set up that way from the beginning. I can buy that the guy in The Time Traveler's Wife (by Audrey Niffenegger) randomly and uncontrollably time travels within the confines of that story, because he lives in a world where there are such people, and again he's doing it from the beginning.

But this story seems to take place in the real world, with regular people having a party for Ramie's 38th birthday, and then she suddenly wakes up the next day on her 18th birthday. Well, I could just barely buy that one at first, but when she time-jumps again for no reason later in the story, my willing suspension of disbelief began to erode a bit.

Still, I will say that the author DID come up with an explanation at the end, although I didn't necessarily like the explanation.

All of this to say,, this book was good but not great. 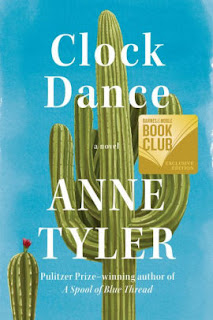 I really love Anne Tyler's characters. They are so REAL. I hate to finish any of her books and say good-bye to them.

This book was no exception; the main character was a wonderfully drawn and relatable woman called Willa whom the reader follows from 1967-2017.

This book was not as perfect as some other I've read by the author; for one thing I didn't feel the title was a good fit. Also I did not really like the ending because I felt it was too abrupt, but that may be just my separation anxiety from Anne Tyler's characters talking.

But obviously I'm nit-picking here, because I have such high expectations.

I also read recently by this author: Vinegar Girl
Posted by Christie at 12:00 AM No comments: 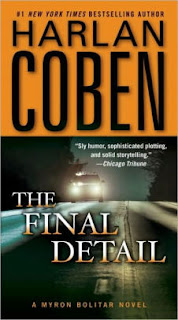 This book is number six in the Myron Bolitar series. I have been breaking my I-Must-Read-A-Book-Series-In-Order rule with these books big-time, so I have trouble keeping up with what is actually happening with Bolitar's character. (This is because I read #11 first, a fabulous book called Home.)

Anyways, I liked this book better than numbers #1, #2, #3, and #5 that came before it. (I missed number 4 completely it seems.) The Bolitar character gets better in the later books, which is very unusual.

In this story, Myron's close friend and business partner Esperanza is accused of murder, and she just might have done it!

Rules for a Pretty Woman 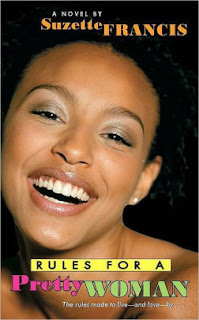 This was about a woman who, at age 34, finally decides to take charge of her own life instead of letting a man dictate everything to her. After the man in question dumps her, of course.

At first I was a little leery of this premise because I didn't want to read about a female character who was a complete pushover. But it turns out that this lady was an accomplished professional and generally not an idiot; she just had a blind spot when it came to boyfriends. It was a good story.

Also, on a completely unrelated note,  I liked the cover of the copy I read a little better:--> 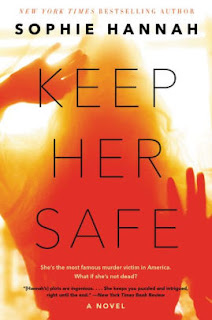 Jon-Benet Ramsey. Caylee Anthony. Adam Walsh. These are names that most Americans know, names from famous child-murder cases. This story is about a fictional child whose name everyone in America knows for the same terrible reason: Melody Chapa.

But Cara Burrows, a British woman escaping her home problems with a trip to an American resort, had never heard of poor Melody... until she saw her. Alive?

This was a really exciting thriller. I could not guess where it would end. Definitely two thumbs up!

I also read recently by this author: Little Face 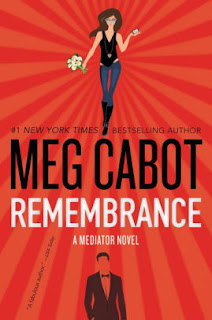 https://www.barnesandnoble.com
This story is a grown-up sequel to some young adult books called "The Mediator Series," the last of which was published back in 2005. The author picks up the story of Susannah Simon ten years later, as if she were real and had been quietly living her life all this time. It's a cool idea, I think.

I did read the whole Mediator series years ago; --it was about a teenage girl who had the strange ability to talk to ghosts-- however, you would not need to read the previous books to enjoy this one. So much time had passed in the main character's life that the author had to rehash everything anyways, so the reader can catch right up.

This was a fun and exciting story.

I also read recently by this author: The Boy is Back
Posted by Christie at 12:00 AM No comments: 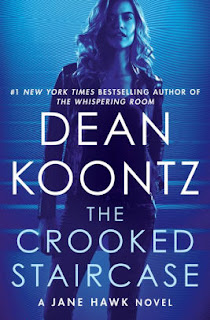 This is the brand-new third book in the Jane Hawk series; the first two are The Silent Corner and The Whispering Room. You MUST read these books in order!

In this story, things get worse for our heroine Jane in her seriously dystopian world, that unfortunately looks exactly like our own on the surface. It is unputdownable!

If you like exciting thriller fiction and don't mind some scary-scary elements then I recommend these books. The only problem is, this series is apparently NOT a trilogy. There will be another book coming... but we have to wait...

I also read recently by this author: Shadowfires
Posted by Christie at 12:00 AM No comments: 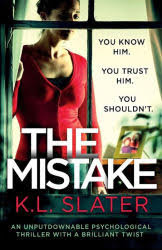 Rose's little brother Billy goes missing when she is eighteen and she blames herself. In fact, she seems to never get over it for the next sixteen years. This story goes back and forth between the present and the past as the reader tries to figure out what really happened to little Billy. Hint: It's not what Rose thinks...

This was a good story but not quite as "unputdownable" as the cover claims.